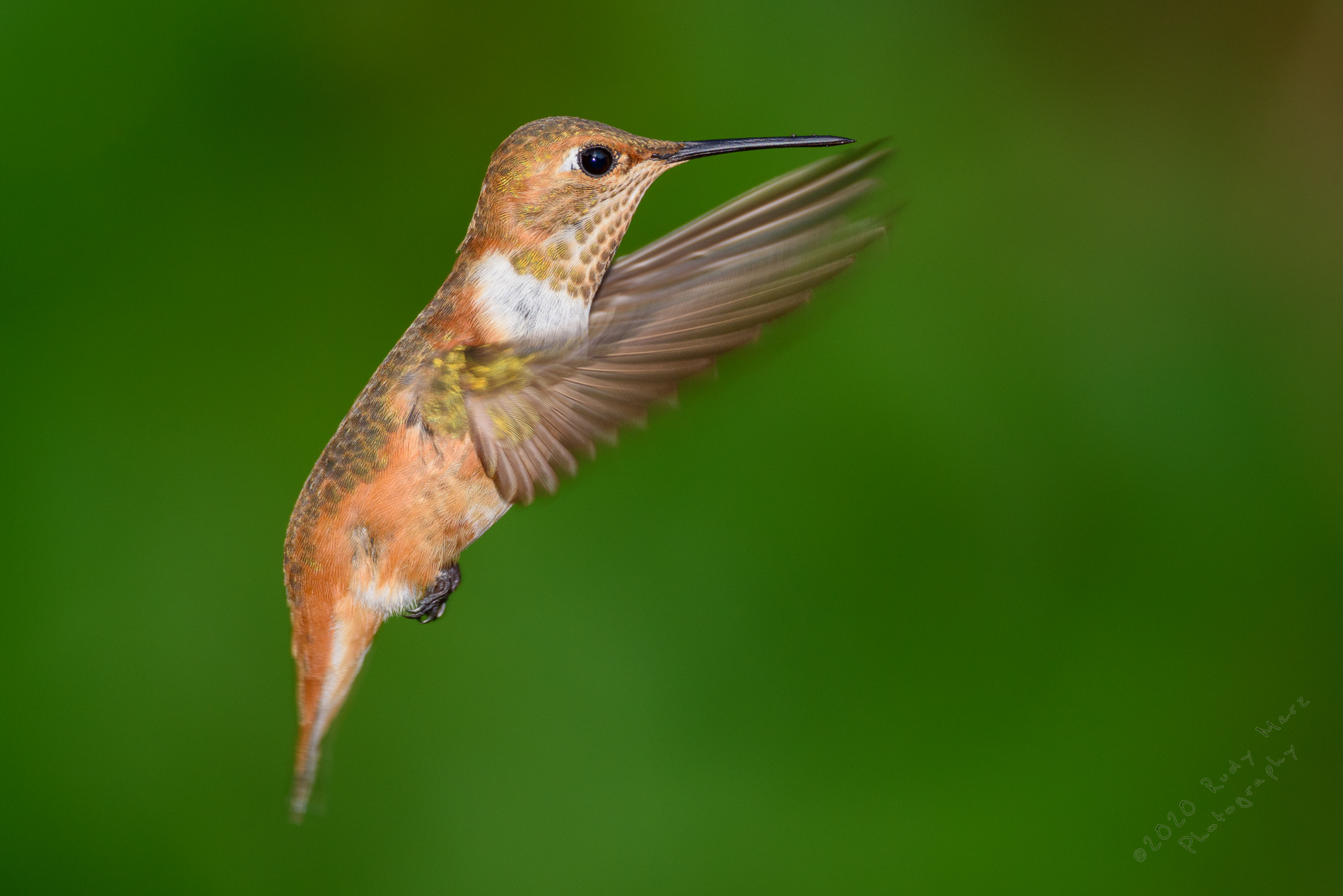 Until now I put one hummingbird feeder out each year. This year is different. I’ve decided to put 3 feeders in our backyard. And I’ve made certain that they are out of sight of each other. The problem with Hummingbirds is that they fight over their feeding spot and when the feeders are to close to each other, one hummingbird takes over the other feeder. Since my 3 feeders are out of sight I have now 3 hummingbirds which have one feeder for themselves. And they defend those feeder vehemently.

One of the feeders is mobile. Which, in my case, means it hangs from a microphone stand which we had laying around in our house. I am able to move that feeder in position so that I have the right background and light.

Interesting is that the mobile feeder was under the control of a hummingbird I have not seen in our backyard yet. It’s color is rather brownish. To really tell what hummingbird it is I had to take a closer look. At around 5pm the sun is direct in my back, which is perfect. And with an umbrella it is bearable. It takes about 1-2 hours to get some usable photos. When I looked at the photos I thought that this is just a Ruby-throated juvenile male. Well, it turns out I was wrong. After posting my observation to iNaturalist.com it soon became clear that this is a Rufous hummingbird (Selasphorus rufus). I have never seen a rufous in our backyard, until now. On the other hand I have never put out 3 feeders either. Which brings more hummingbirds to our backyard. Not only those 3 which control their feeders, but others come in to try to snatch a sip or two. Sometimes there are more than 6 hummers flying around and fight over the feeders.